An ancient Ulfan merchant, this white-haired man hoards antiquities of all kinds - including the legendary sword Suishen.

This merchant was the individual who bought Suishen from Ameiko’s great-grandfather. Having his home attacked, his servants killed, and his treasures stolen, the ancient merchant invoked blood vengeance on the culprit – Asvig Longthew – and anointed Harwin, Shie, Valkris, and Gill as his champions and executioners.

Although Asvig was apprehended and slain, the group could not find Suishen but his Blood Vengeance was satisfied. Their reward was Suishen itself, which they would end up needing to procure on their own. He is willing to lend them his money and reputation, should they require it. 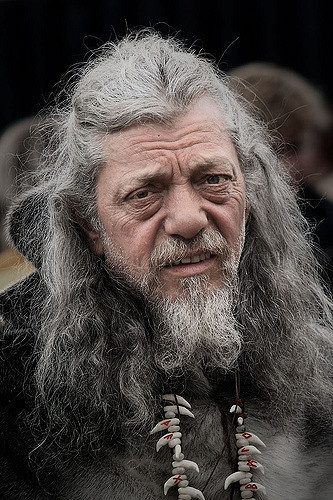