Tall, lanky, with sandy blonde hair and keen, grey eyes. Has a mean look and a wary stance.

Harwin – tall, lanky, with shaggy sandy colored hair and sharp grey eyes – is well known around Sandpoint for his rough tongue and mixed past. He has no family. Shalelu brought him to Sandpoint as a young teenager of just 14. Plenty of people in town were surprised by the loner’s sudden appearance with a child, but despite his distrustful glares and bedraggled appearance, he was accepted with open arms by the Gallorn family. Gaine, an Ulfen man, and Cílel, an elven woman, had a single, half-elven daughter, Carlia, who was eleven at that time, who welcomed her foster brother with excitement.

Despite the family’s kindness, it is a well known fact that he did not get along well with his foster family at first. He turned to wasting his time with the less wholesome residents of town. Most who know him recall the memorable event wherein his drug abuse only made a situation involving Carlia and a lowlife named Giers worse, and brought down the wrath of Hemlock, five years after Harwin arrived. The sheriff forced the young man of 19 under his wing and made sure he spent too much time training with the Watch to waste it destroying his own life.

At first, Harwin hated the attention, but the rigorous training and care eventually opened his heart. Not just to his mentor, but also to his foster family. He never did get soft, but he finally began making friends around town, and formed a close connection with Carlia, whom he eventually began courting. As he grew, he took advantage of his training and joined the town Watch. Despite that, he never quite fit in, and would often wander out beyond the walls, he never left town for long, and there are long running jokes about how he gets when Shalelu arrives in town.

Whatever caused him to care so much for the elusive elf is anyone’s guess. Even now, he refuses to say where she found him and why she brought him to Sandpoint. He’s been quite content with working just enough to keep living in the coastal town. But with Shalelu’s recent revelation that she might go on a long journey sometime in the future, perceptive acquaintances of Harwin will have noticed how on edge he’s been. She is often asked for answers by the locals, but some think the person most hungry for information is Harwin. 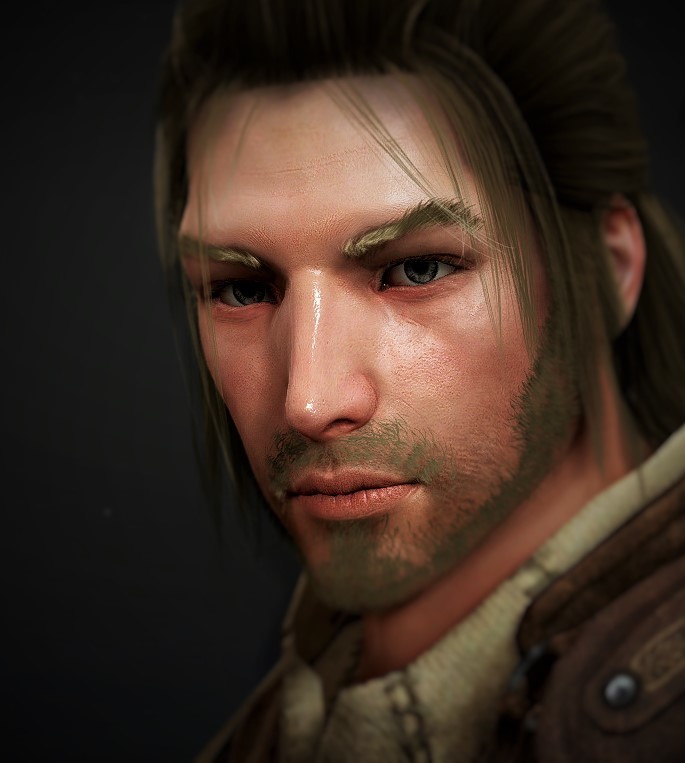