A no-nonsense woman with scars aplenty. She is the long lost sister of Gill and on a mission to save her nation.

She is the sister of Gill – i.e. Gilmonte Aulorian – and one of 5 children of Sofia and Vincent Aulorian. Her siblings, in order of age, were Abigail, Susana, Gilmonte, and, her younger sister Kiara.

She had a great childhood, but her mother’s death after the birth of Kiara set a string of events that tore the family apart. Abigail, under the pressure of her ‘genius’ title and as the eldest sister, became a drug addict and dabbled in dark powers. Susana took it upon herself to care for her siblings as much as she could in the stead of her bereaved and busy father and her deceased mother. Gilmonte, the idealist, became a paladin of Milani with the goal of liberating his home city of Kintargo from the devils. And, finally, Kiara became attached to her father – almost unhealthily so.

When Gilmonte incited a revolt that led to a confrontation between his estranged father and his newly recruited devil-summoning sister, Abigail, his rage and thoughtlessness led to the death of Kiara by his hand, who tried to defend her father in her innocence. This murder made him a traitor to his order, his nation, and his family and thus he was sentenced to execution.

After his ‘demise’, the Thrunes cracked down on dissidents, replacing Kintargo’s governor with a more vile dictator and pulling Abigail and Vincent deeper into the devil’s clutches. Susana became weak in her effort to defend Kessendra from the infernal influence.

Seeing her brother’s motivation as proper but his methods stupid, she also joined resistance forces. But they sought to corner the devils with their own game: law and order. Kessendra was sent north to track down the heir to the house of Asgavan who could challenge the house of Thrune for legitimate leadership within Cheliax.

It was in Kalsgard that she found her long lost brother and his new friends, as well as their mission to restore the Kaijitsu family to the throne of Minkai. 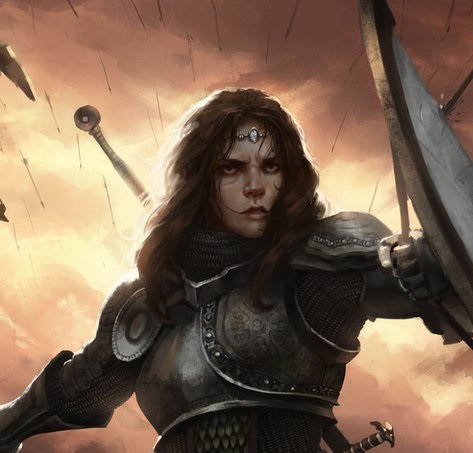